Horizon Europe: how the EU’s biggest-ever R&D programme can work for the Balkans 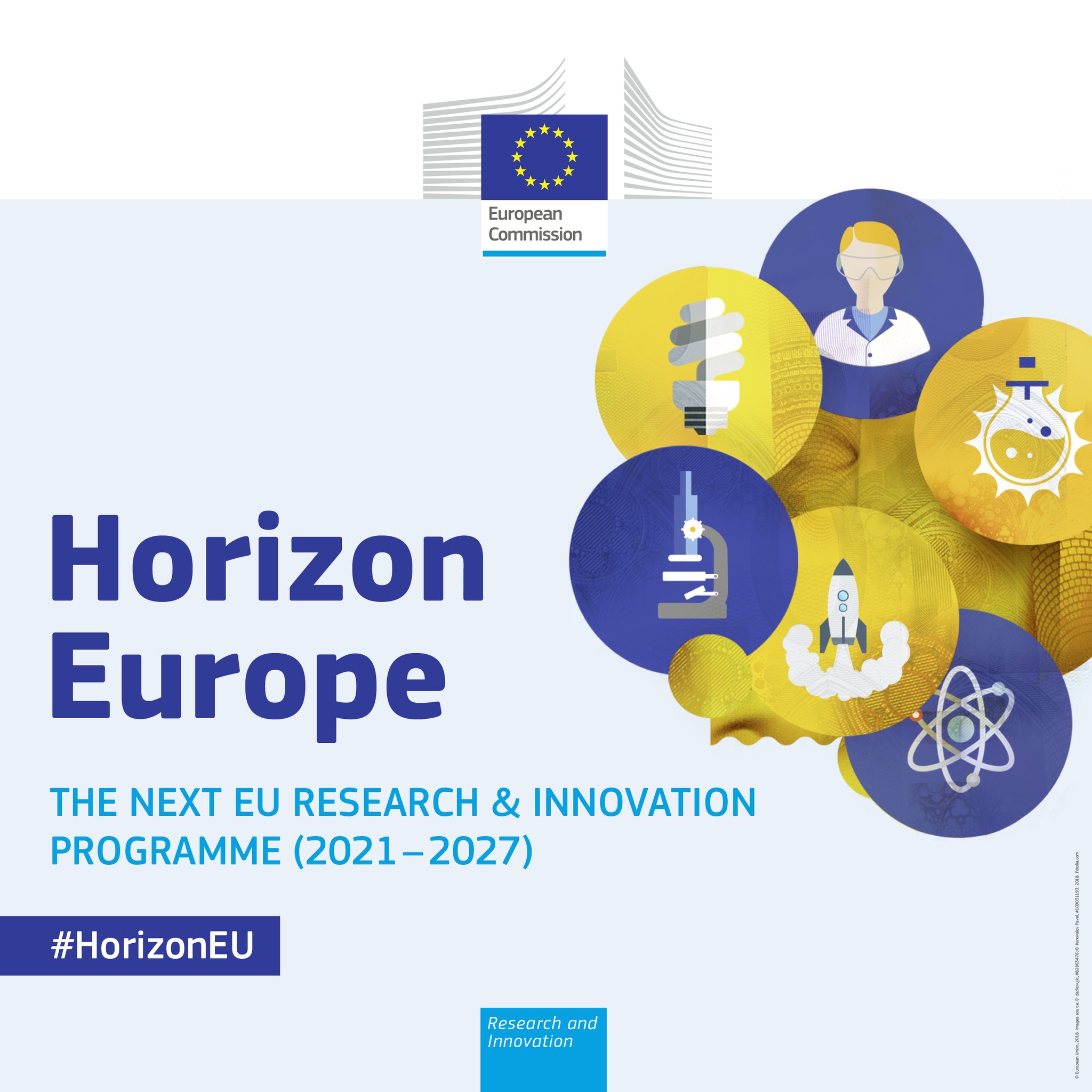 This year the EU launched its latest research programme with new features that can help researchers in the Balkans win more grants. Here’s an explainer

By the news staff of Science|Business

Horizon Europe, the EU’s new €95.5 billion R&D programme, is the EU’s biggest-ever research and innovation programme. And it has special grant opportunities for researchers in eastern Europe – regardless of whether they are in the EU or not. But like everything from Brussels, it’s rather complicated. So here, the news team at Science|Business, a Brussels-based media company focused on R&D policy and investment, offers a quick summary.

Horizon Europe is the ninth edition of the EU’s flagship R&D programme. The first such programme started in 1984, and ever since then EU research funding has grown and grown. By now, Horizon covers virtually every sector and discipline from pharma to philosophy. It subsidises innovation in Europe’s huge cultural industries. There is money for quantum computing, a critical new technology that could upend the world’s computing systems and, in the wrong hands, threaten security. Artificial intelligence, better soil management, earth observation technologies, green hydrogen to revolutionise factory and trucking fuels… the Horizon shopping list is long.

What’s in it for the Balkans?

Besides more-routine R&D grants (see below), Horizon Europe has a new feature that will matter a lot to researchers or entrepreneurs in the Balkans.

After months of negotiation, budget planners in Brussels agreed in 2019 to ring-fence 3.3% of the €95.5 billion Horizon Europe budget for a new “Widening” programme designed to help plug the East-West research and innovation performance gap. With the notable exception of Estonia, EU data indicate R&D performance is below the EU average in all member states that joined the bloc since 2004. The Commission hopes the Widening programme will help them catch up. Achieving this requires the Commission to coordinate with national governments on national R&D budgets, and on measures to retain home-grown talent by increasing salaries and improving working conditions.

Among the key provisions:

These measures fit into a planned revamp of the European Research Area (ERA), a strategy to create a single market for research and innovation, that was never fully implemented and has so far had a limited impact on the EU’s R&D performance. The European Commission says Horizon Europe will fund projects that help universities attract and retain talent, reducing brain drain from member states with weaker research systems. The Commission also wants to establish a framework for research careers and a common academic career structure, to promote widespread recognition of the competences PhD students and postdocs in various stages of their careers have obtained,

What’s the main part of Horizon about?

Beyond these special “widening” efforts, there’s the vast bulk of Horizon to which applicants from EU members Slovenia and Croatia are fully eligible. But for Serbia and other Balkan nations outside the EU, their researchers are also eligible under the EU’s standard policy of building R&D capacities in many neighbouring countries.

The main part of Horizon Europe is divided into three “pillars,” each with a different role: promoting the best science, solving societal or industrial problems, and funding small companies. Here’s a quick look at them.

“Excellent Science” is for the purists: it’s all about supporting the best science and the best scientists without privileging one field over another.

A key part of this is the European Research Council, an EU agency run partly by scientists, for scientists. The ERC grants target researchers at different stages in their careers, and its grants are intended to go to people carrying out the highest-quality research, without specifying what fields or challenges that research should concentrate on. The idea is to support the pursuit of science for its own sake, not for policymakers to use grant funding as a way to influence research and direct it towards what they think is important (that’s pillar II’s job). In contrast to many other parts of Horizon, individual researchers apply on their own for grants rather than in consortia.

Another part is the Marie Skłodowska-Curie Actions. The MSCA are a collection of different research fellowships that aim to help young researchers develop their careers. As with ERC grants there is no special treatment for particular research topics, but MSCA fellowships are geared towards supporting international research collaboration, such as travel grants, researcher networks and staff exchanges. And another part of the programme is “research infrastructures,” ringfenced for “big science” labs, scientific archives, complex databases and other types of physical or virtual infrastructure that could be of use to European researchers.

This gets the largest share of the budget: €53.8 billion, or 56% of the total. In contrast to the hands-off approach of Pillar I, this part of the programme will support research and innovation that address challenges and priorities defined by the EU – in short, this fulfills the prime political purpose of the programme, the reason why 27 EU member governments agreed to dump billions on labs and techies. There’s space for France, autos and engineering for Germany, health for Sweden, wheat and spas for Hungary – the political must-haves are endlessly complex. But to try simplifying, the budget negotiators organised Pillar II into six broad, themed “clusters” covering health, culture, security, climate & energy, food & environment and (the biggest cluster) digital, industry and space.

For these clusters, the Commission publishes a series of regular “Calls for Proposals” to which researchers in universities, companies or other organisations are invited to respond. Applicants must generally form consortia, small or large depending on the Call, involving at least three countries – and the topics could be anything from research into fighting online disinformation, developing new COVID-19 treatments, or developing new research-based farming methods. Beyond this, there are also as many as 50 huge “partnerships” with specific R&D goals, such as developing low-carbon jet engines or cutting-edge microelectronic components. These partnerships are groups that, in some cases, are delegated by the Commission to pass out EU grants in their fields; and several are actually led by the industries they’re targeted at. Finally, this section of the programme also includes money for five broad “missions”, to tackle issues like cancer treatment and soil preservation.

This part of the programme funds actions that are intended to produce new and unpredicted technology-enabled businesses and business models, as well as more innovative ways of doing things generally, without much top-down direction on what technologies should be supported.

A key part of this is the new European Innovation Council. Broadly speaking, the EIC’s job is to provide grants, equity and possibly loans for small businesses with interesting yet financially risky ideas. Of the EIC’s nearly €10 billion budget, hundreds of millions of euros will go to buying shares in some of these companies – in effect, turning the Commission into a major tech investor. It also thrusts the Commission into some thorny geopolitical problems. For instance, what happens if the Commission buys shares in a hot new tech company, and then a Chinese company tries to buy control? Answer: the Commission can block it, but that constraint might make it harder for the investee company to raise additional private capital. Another question: The venture capital game is, by definition, risky. How much appetite will the EIC actually have for losing taxpayer money?

Alongside the EIC is its older sibling, the European Institute of Innovation and Technology, or EIT. Its role is to support education and training programmes tailored towards innovation, to support university spin-outs and to convene partnerships between public and private sector. It operates through a series of very large, distributed public-private consortia, or “knowledge and innovation communities”, in specific fields such as health or energy R&D. The EIT also has its own research agenda defined in another piece of legislation separately from Horizon Europe, even though it will be funded through the Horizon budget. In contrast to its past, the EIT in future is supposed to put more emphasis on eastern Europe and integrating researchers and companies in the region into its Europe-wide networks.

There are many other moving parts in Horizon, and the programme is still evolving: For months, the EU has been negotiating the addition of non-EU countries from Britain to Turkey to Horizon’s grant competitions. That underscores a key point: Though Horizon is ostensibly about research and innovation, in fact it has a strong political agenda – which in the case of Balkan researchers, can benefit them. So brushing up on your Brussels-speak may be a good investment of your time.

Horizon Europe: how the EU’s biggest-ever R&D programme can work for the Balkans